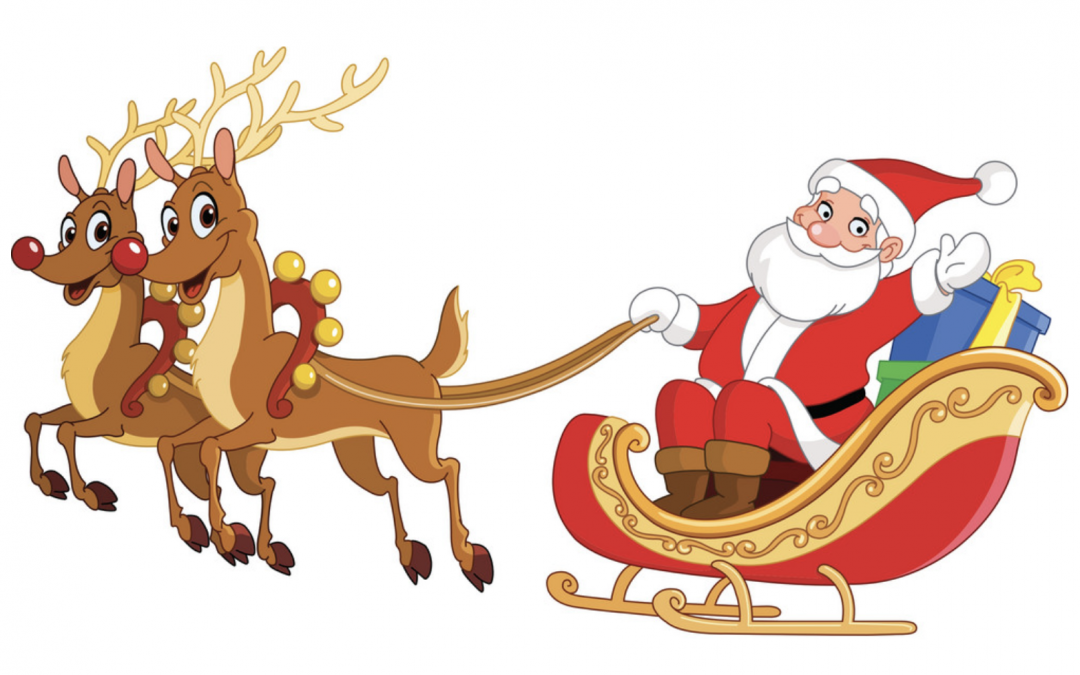 It was getting close to Christmas and the pressure was on. S Claus Ltd (Worldwide Deliveries) were getting ready for the busiest day of their year. Nearly all the goods were ready, wrapped, packed, ready to be loaded. Now was the time that the logistics manager, affectionately known as Dear Rudolph,  comes into his own.

Some time ago, Rudolph was famous for just one thing. His shiny, red nose. What wasn’t mentioned very often is why he had it. Various suggestions were made, even cruelly that he had a bit of a problem with too many visits to the local! This was shamefully untrue. The reason for the shiny red nose was that he kept bumping into things! He was so short sighted that he couldn’t see what was in front of him! He could do his work in the office because, being short sighted, he could read easily, but anything in the distance: no chance.

Eventually his friend and employer Sam T Claus said “ Dear Rudolph,  everyone is talking about your red nose, and some of the rumours are not very kind. What is happening?” “Well” said Rudolph, “ all that is happening is that I keep bumping into things, and it hurts my nose.”

“Have you ever had an eyetest? “ asked Sam. “Of course not, I can see perfectly” answered Rudolph. “ you’ve seen me doing the paperwork, haven’t you!” . “Hmmm” said Sam. “Well humour me, pop down to that opticians in the Village, Mark Davis I think he’s called, and get everything checked over.”

Well, to cut a long story short, dear Rudolph needed glasses badly. When he picked them up the world changed, Suddenly his nose was safe. The sights he could see were amazing,

Back to work he went. “Sam, thank you so much. I won’t be having a red nose any more. Mind you, when I was chatting to Mark, he did say that I really ought to have more than one pair so that if anything happened I would be alright”

So they went back to work, and it was absolutely manic. All those deliveries, the paperwork, the customs forms. Dear Rudolph was in his element. This was his speciality, papers all round the office, he was in control.

Eventually, all was finished. He stood up and BANG, straight into the door. Where were his new glasses. He searched his desk, he looked on the floor, he even looked on top of his head. They were nowhere to be seen. Then he remembered. The office help had called in to pick up a rush job. His name was Elfis. Sam T Claus had a lot of little helpers, but Elfis was special. Anything that needed doing quickly, Elfis was the one.

“Elfis” said Rudolph, “when you came in for the rush job, what was it you picked up?”

“ It was a spectacle case, a present for that nice young lad in Whitwick.”

“Oh Elfis, that was mine, with my new glasses inside “ cried Rudolph  “Where is that case now?”

“Oh Rudolph, it’s already gone out for delivery tonight. We have such a tight schedule,  you know. And we’re one driver short, he slipped on the ice and broke his leg. We were relying on you to take out that last delivery. It has got to go out tonight, you know,”

“But Elfis, Mark said that I mustn’t ever drive without my glasses. Let’s go and see what Sam says.”

Poor Sam was distraught. S Claus Ltd (Worldwide Deliveries) had never, ever failed to make a delivery on this special day, but now it was looking very bad. Then suddenly Sam, showing why he was the boss, said to Rudolph “ Mark said that you needed a second pair of glasses for safety, You said that you did get them. Where did you put them?”

“Oh Sam!” exclaimed Rudolph. “You are right. They are in my desk draw.”

So every delivery was made, all the children were so happy when they woke up and unwrapped their presents and the reputation of S Claus Ltd (Worldwide Deliveries) was safe, just because Rudolph had another pair of glasses.

We all would like to wish you a happy Christmas and New Year.