35 Years Dispensing in the Community 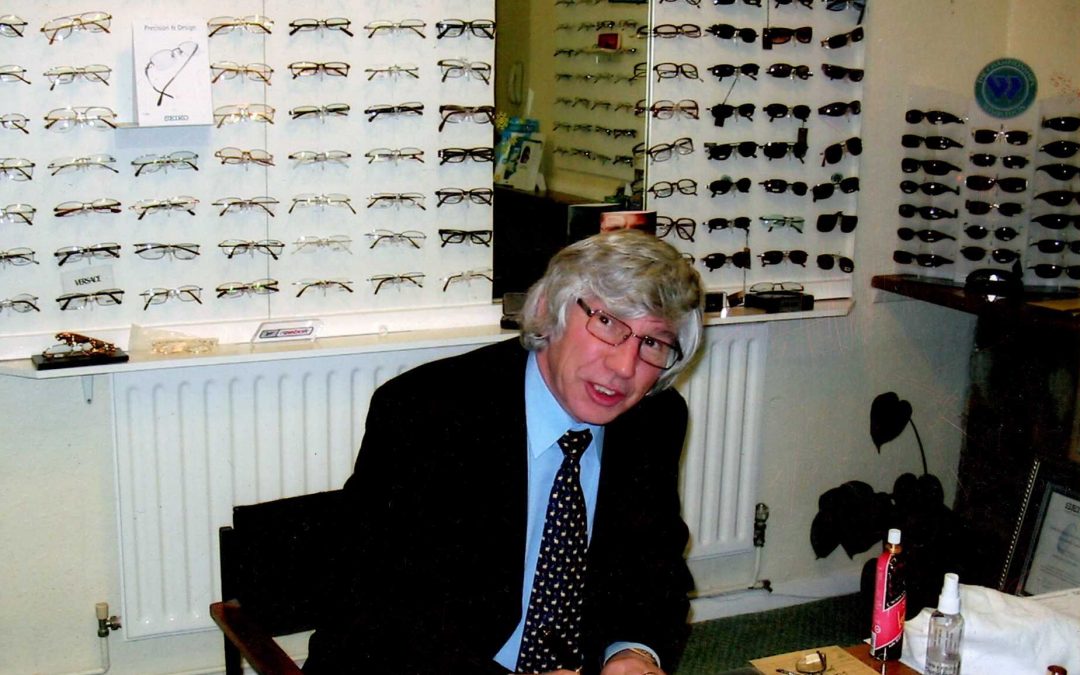 Late in 1981 a young dispensing optician realised that he had had enough of being told how to look after his patients. He decided that he had to open his own practice and after looking around his native city found a shop for sale in a suburb which was ideal. It had been selling second hand washing machines and televisions so it was in no way connected to optics, but that didn’t matter, it would make a good practice.

That young dispensing optician was me, and the suburb was Spondon, Derby. Who would have thought that 35 years later I would still be here, loving working with my patients?

People say that the world has changed beyond recognition, but I think that there are so many similarities between now and then. We still have families, the community, the pleasure in helping people; it is so much the same.

However the contrasts between then and now are even more astounding. The technology that we use during the eye test allows us to look after your eye health to a level that couldn’t even be imagined then. The lenses that we use have improved beyond all recognition. 35 years ago we mainly used glass lenses and the vast majority were the ones that the Health Service provided. Nowadays we use plastic resin lenses of all sorts and the Health Service frames and lenses have gone years ago. When I started the practice varifocal lenses were just being released and I would expect a 50% failure rate if I fitted a patient with them. Now I cannot remember the last patient that couldn’t get used to them. This is a combination of massively improved lens technology and the large steps in the accuracy of the measuring systems that are used in the practice. The sophistication of the lenses that I use on a daily basis is beyond recognition and the quality of vision that you can achieve now is unparalleled.

The other major change since 1982 is computers and pads. Scientific calculators were state of the art then, and when I introduced a Sharp MZ80 computer to the practice it was revolutionary. Now, well, the world is completely different and your phone does more than I expected from that computer. When I opened the test chart was letters lit from behind with two 40 watt bulbs. Now we use a computer to generate an accurate, completely flexible test chart, allowing us to accurately measure how well you can see. 35 years ago the instrument used to inspect the back of the eye was effectively a very specialised torch and the method of making sure that we knew what we saw last time was a thumbnail sketch. Then 15 years ago I invested in a Retinal Camera, and the days of the sketch had gone forever. Then last year I bought an Ocular Coherence Tomographer and our ability to look after your eye heath has changed beyond recognition. 35 years ago, not even wild dreams would have imagined this.

So 35 years have passed and the practice continues to grow. What of the future? Technology continues to advance apace, but the main factor in the practice is still people. Service, care, attention to detail and professionalism have been my priority for the last 35 years, and that will never change.